If you're experiencing an EPS drop shadow problem in InDesign whereby you import an EPS file, apply a drop shadow to it only to find the shadow appears as a rectangle, then below is one reason why this might be occurring.

Recently I imported a vector graphic (saved as an EPS from Illustrator) into InDesign. The file was basically white text, to which I wanted to add a drop shadow in InDesign CS5. The result was that I ended up with the shadow below the vector image showing as a rectangle rather than following the shape of the lettering:

The reason for this turned out to be pretty simple. When the EPS was saved in Illustrator CS5, in the Save As... dialogue box under Preview, the radio button for 'Transparent / Opaque' had 'Opaque' selected: 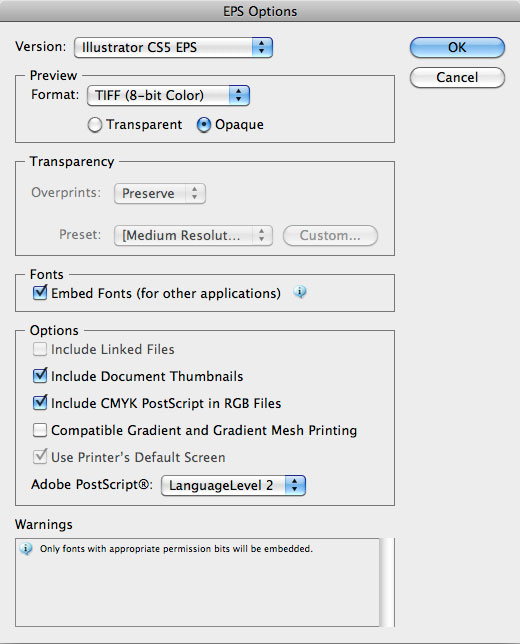 All I had to do was change this to 'Transparent' and re-save the file: 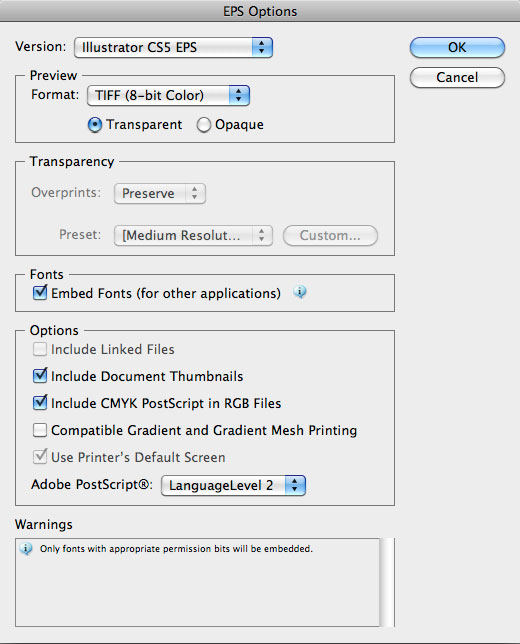 Once the file was re-imported into InDesign (or the link updated), the result was correct:

A second way to resolve this would be to save the file as a native Illustrator AI format instead of an EPS file. You can import these into InDesign just as easily. However, it's always a good idea to convert text to outlines (or paths) first. I tend to keep two files whenever I create vector artwork - an AI file for all the original material (including effects and fonts) and an EPS version with all fonts converted to paths for importing or distribution. Just remember (if importing AI files) to save an original version (for your future reference) and a 'flattened' version for general use.