There are two main ways to convert Quark to InDesign

First, select your Quark document. The spread shown below was created in Quark XPress 8. Make sure that all fonts are present and all images are correctly linked. You can do this by using the UTILITIES/USAGE... dialogue box. Once everything is present and correct, we can move onto InDesign. 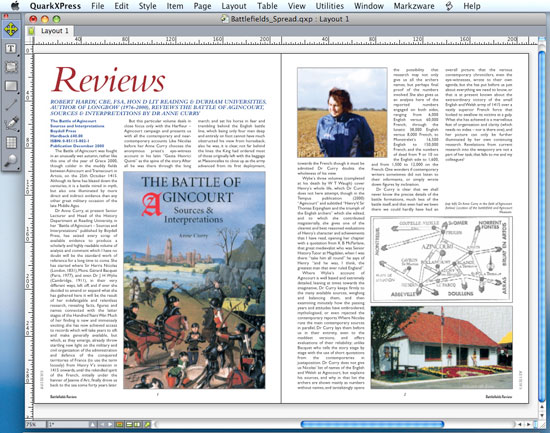 Quark to InDesign
Install the plugin

Make sure you install the correct version plugin into your InDesign PLUG-INS/FILTERS folder before starting InDesign. Once you've installed Q2ID and launched InDesign (you'll need to enter your Activation Code when prompted) a new menu item, "Markzware", will appear at the top of the screen.

When I first installed the plugin into InDesign CS4 (this was an earlier version of the plugin), the Markzware menu item showed the following strange text:

This was resolved by closing InDesign, downloading the latest updated plugin from the Markzware site, re-installing it (by overwriting the old version) and re-launching InDesign. Then I was presented with the correct menu item as shown below:

Quark to InDesign
Open the Document in InDesign

Now you're ready to import your Quark file. My spread was imported very quickly, and although the resulting page wasn't perfect (no conversion ever will be), it was as good as any back-saving conversion I had ever carried out, and much faster.

Quark to InDesign
Check the document for layout and style differences

As Markzware states, no conversion will ever be perfect and there will always be work to do on the converted document. This one was no exception. Below is a comparison of a detail of the page (top is the converted InDesign file, and bottom is the original Quark file). Essentially the conversion was faithful. The Master Pages were retained, as were the Guides, Color Swatches and Style Sheets (called Paragraph and Character Styles in InDesign). However, some immediately obvious differences between the documents could be found in the hyphenation rules and the flow of the text. 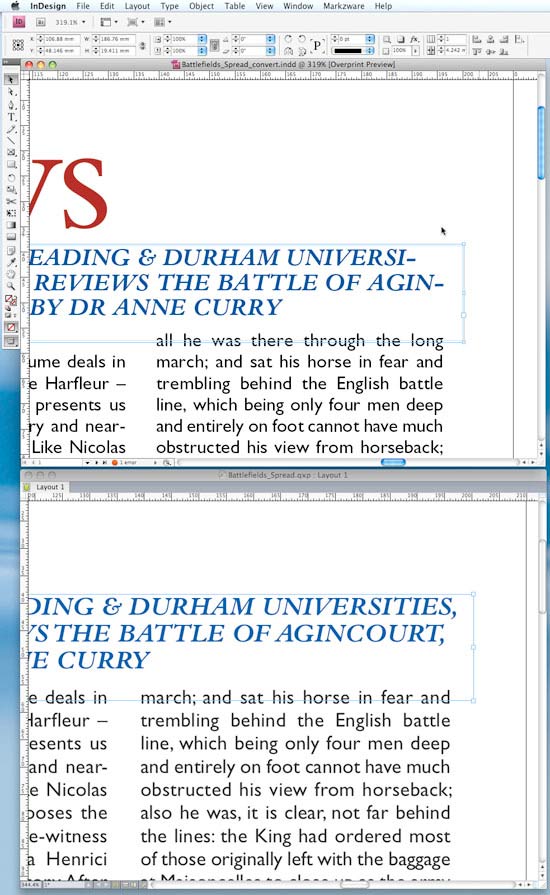 Quark to InDesign
Update the Paragraph and Character Styles 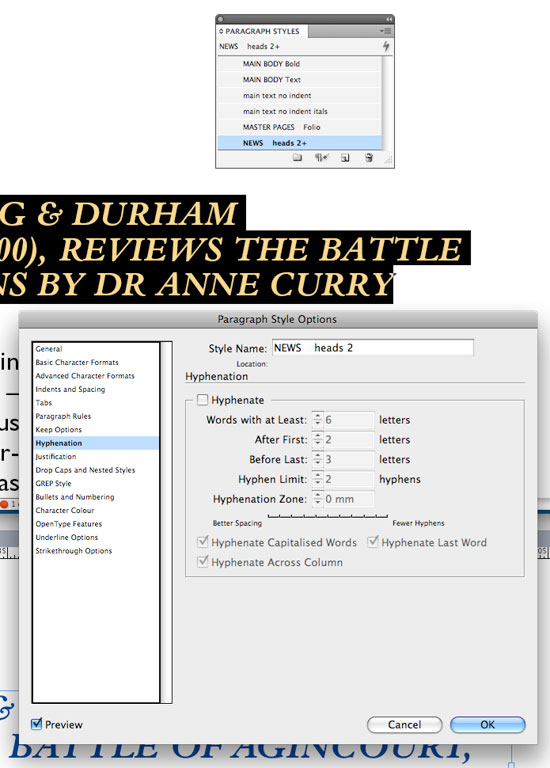 Quark to InDesign
Scrutinise and Save

Other glitches are quickly and easily resolved by scrutinising the document and tweaking widths and styles here and there. This can be time consuming, but it's still much quicker than re-creating the document from scratch. Here are the two finished documents for comparison (InDesign on top, Quark beneath). 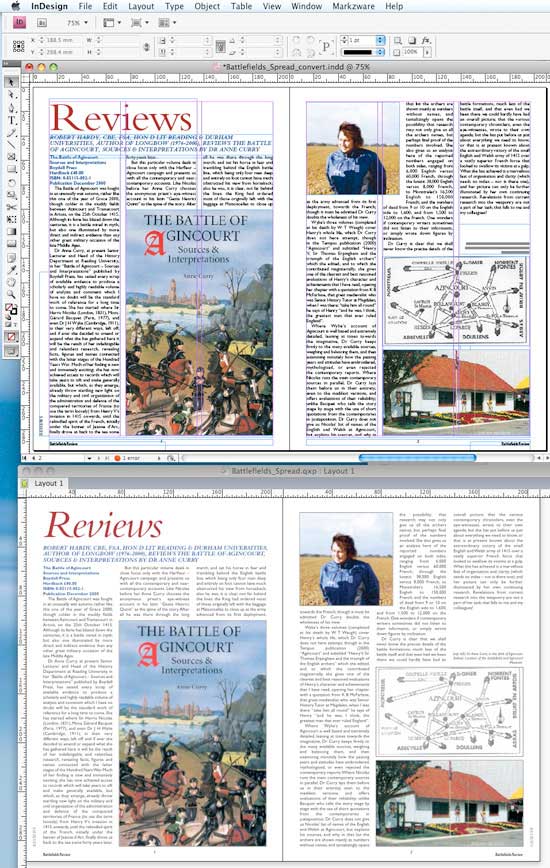 And you're done! My opinion of Q2ID is that although the conversion isn't perfect, it does as good a job as the slower method of conversion, if not better (and it's much faster, obviously).