InDesign CS4 Differences
If you're learning Adobe InDesign, should you worry about learning an earlier version first? After an enquiry along these lines, I looked over versions CS2, 3 and 4 again and have taken some screenshots of the basic default workspace layouts of each version. Although they are hard to see at this size, basically they are much the same. 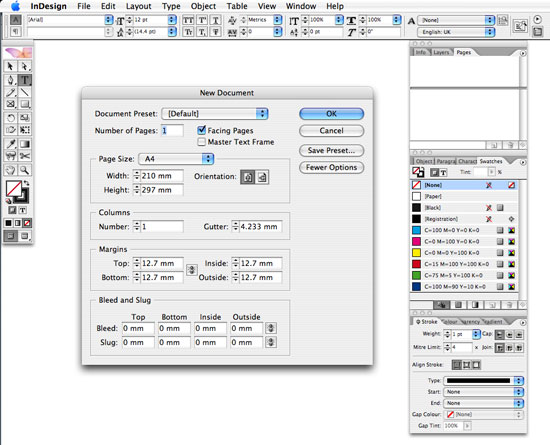 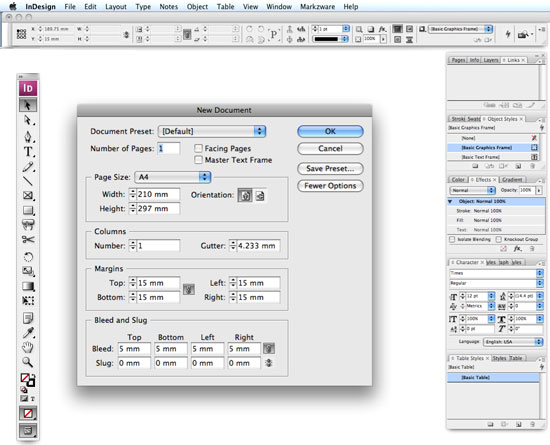 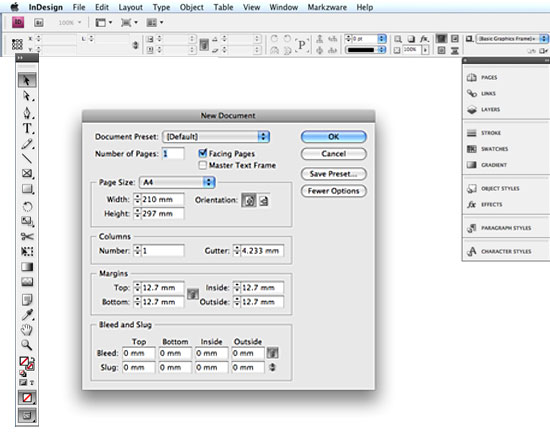 There was a bigger leap between CS2 and CS3 than between CS3 and CS4, but if you're worried about which version to learn (and I'm only speaking from my own point of view) I don't think there's enough of a difference to worry about. Essentially, if you know InDesign CS2, you'll pretty much know CS4. The differences are more refinements than overhauls - especially in the effects and transparency settings.

My advice would be to take the tutorials on CS3. This will familiarise you with CS2 and CS3, and prepare you for CS4. The basics of creating a page, layout elements out, creating and using Character and Paragraph styles etc remain unchanged across the versions.